Chrysler is an American automobile company that was founded Walter Chrysler in 1925 out of the Maxwell Motor Company. Just three years later, in 1928, the company had a large expansion when it took over Fargo and Dodge to begin selling under those name brands. That same year they also established Plymouth and DeSoto.

In the 1960’s Chrysler expanded again to create a European division formed through acquisitions of companies in France, Britain, and Spain. However, just a decade later several world crises put Chrysler on the verge bankruptcy. To keep from losing the business a new CEO was brought in and Chrysler got their footing back in the 1980’s to acquire AMC, which put the Jeep brand under their umbrella.

Chrysler was hit again by the automobile crisis of 2008 and ended up becoming a subsidiary of Fiat in May of 2014. Even so, Chrysler brand is a loved American brand that offers Jeep, Dodge, Ram, and Mopar products. 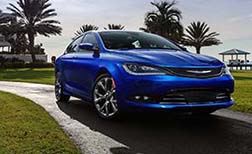 The 2 door model was added in 2011 along with some new engine choices. Only in left had European markets, Chrysler released the Lancia Flavia. This is mostly a re-branding of the convertible version of the Chrysler 200 that sold in the United States and other right handed markets. 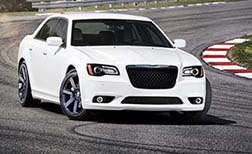 The Chrysler 300 was a full size luxury car shown at the 2003 New York Auto show as a concept car. It was sent to production and released as a 2005 model.The design of the 300 was based on Chrysler LX platform, but also incorporates some more refined handling details taken from Mercedes Benz S-Class

Just like the Chrysler 200, the Chrysler 300 was re-branded for left handed European markets and sold as the Lancia Thema since 2011. 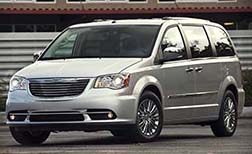