Dodge is a part of the Chrysler group but began in 1900 as the Dodge Brothers Company founded by Horace and John Dodge. The company was acquired by Chrysler in 1928 and became one of the brands sold under the Chrysler umbrella.

As part of the Chrysler line, Dodge offered models similar to Chrysler models at a lower price tag. However, it has traditionally been the mid-range vehicles offered just above Plymouth automobiles. Dodge mainly consisted of SUV’s and trucks through the 1980’s. After that they introduced minivans and sedans, but one of the most known offerings from Dodge is the line of RAM trucks. In 2011 the RAM was separated from the Dodge line and is now offered under its own brand name.

Dodge has survived multiple ownership changes and has proven to be a leader in the automobile industry regardless of ownership. The company stays focused on quality and design, the two things that have kept it going for more than a century. 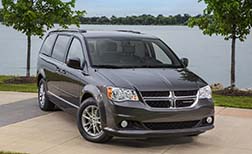 The Dodge Caravan was produced from 1984-2001. The release in 1984 was more than 10 years after the designers had the idea for the minivan, but they were rejected several times before Dodge picked the idea up. 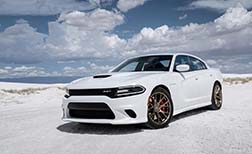 The Dodge Charger was first released in 1964, making it one of the longest running models in the company. Thoughout the generations, there have been several different production cars all branded as Dodge Charger.

The Charger name has been used to describe subcompact hatchbacks, full-sized sedans, and personal luxury coupes.In the 1960's and 1970's the Charger was a mid-sized, two door car, while the 1980's brought a tranformation to a subcompact car. Since 2006 the Dodge Charger has been produced as a full size four-door sedan. 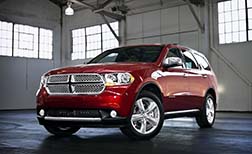 The Dodge Durango was first released in 1998 and began as a modl based on the Dodge Dakota. This style remained through the first two generations but the third generation Durango got an overhaul with many attributes of the Jeep Gran Cherokee being introduced. The similarities include chassis, power train, and running gear.

The Durango began as a sturdy SUV designed to hold 8 passengers. As the years progressed Dodge began to offer the Durango with 2WD options and focus more on an upscale interior, including leather seats as standard on some models. No matter how comfortable or pretty the Durango has gotten it is still one of the best SUV's in its class.